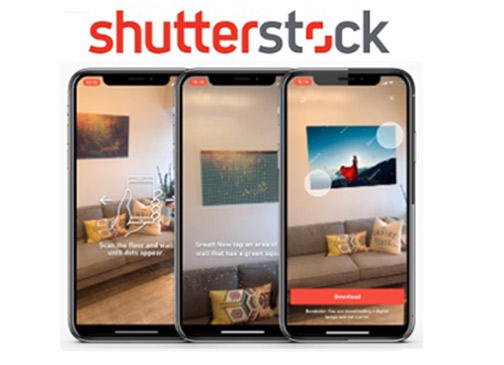 New York, NY—Shutterstock launched the first AR feature (augmented reality) available on its customer iOS application. The latest update to the iOS app includes a new View in Room button that allows users to access their cameraphone and virtually position any of Shutterstock’s 250 million images against the wall in a room of their choosing. Shutterstock is a global technology company offering licensed photographs, vectors, illustrations, videos and music, as well as tools and services through its creative platform. 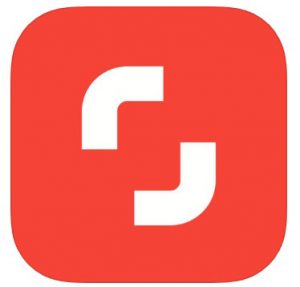 Shutterstock’s in-house mobile team leveraged the iOS ARKit framework to create the virtual reality experience. As a result, customers can interact with the Shutterstock collection in a new way. Shutterstock customers are increasingly using the collection for in-home, in-store and in-office artwork. Now, rather than imagining how a new image would look hanging on the wall, they can bring their imagination one step closer to reality by using the Shutterstock app to position an image virtually in a room before licensing it.

“We have been committed to experimenting with cutting-edge technologies for over fifteen years. After years of advancing our in-house computer vision technology to enhance search capabilities on web as well as mobile, we are very excited to announce our first AR-powered mobile viewing experience for customers,” said Jon Oringer, founder and CEO of Shutterstock. “This is yet another great project developed from its initial iteration at our annual employee Hackathon, Hack to the Future. Moreover, we decided to put this hack into production because of its potential to have an immediate customer impact.”

With the Shutterstock customer app, users can click a button called View in Room. It will switch to camera mode. Consequently, by holding the camera up to the wall, the app will identify the wall space and populate the image directly onto the wall. In addition, the user can adjust the size to get a better idea of what the image would look like on the wall.

Working with a growing community of more than 650,000 contributors, Shutterstock adds hundreds of thousands of images each week. In addition, it currently has in excess of 250 million images and more than 13 million video clips available.