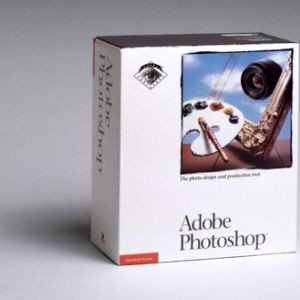 Adobe Photoshop, the software product that redefined creativity in the digital age, turned 20 last month. Adobe has reported, “around the world, Photoshop fans are celebrating the impact their favorite software has had across photography, art, design, publishing and commerce.”

The festivities continued overseas in Japan, Southeast Asia and throughout Europe. In honor of the 20th anniversary, Adobe Germany hosted a special 20-hour online marathon, featuring over 15 local Photoshop “gurus” demonstrating their favorite tips and tricks live for Photoshop fans. In India and France, digital imaging contests were held to showcase the work of Photoshop users. A special Adobe TV broadcast aired on the anniversary date (Feb 20th) at http://tv.adobe.com/go/photoshop-20th-anniversary, reuniting the original “Photoshop team” for the first time in 18 years, to discuss their early work on the software and demonstrate Photoshop 1.0 on a rebuilt Macintosh computer.

The Photoshop community is also sharing their favorite stories online, with the product and its over 400,000 fan-strong Facebook page, the hub for a worldwide look at the product's impact. A new “Celebrate” tab directs users to a 20th anniversary logo, which many have already personalized with Photoshop and used as a replacement for their profile image. Connect with the Photoshop team at Facebook or Twitter and add the tag #PS20 to tweets about the anniversary.

“For 20 years Photoshop has played many different roles – it has given creative people the power to deliver amazing images that impact every part of our visual culture and challenged the eye with its ability to transform photographs,” said Shantanu Narayen, president and chief executive officer at Adobe. “It's no exaggeration to say that, thanks to millions of creative customers, Photoshop has changed the way the world looks at itself.”