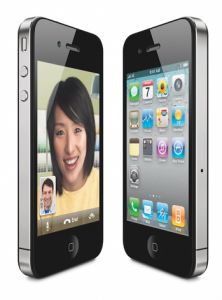 Apple Monday unveiled the latest edition of its popular iPhone, the iPhone 4. The new device, which Apple called its “biggest leap since the original iPhone,” features a new design, a higher-resolution “Retina Display,” a thinner form factor and dozens of software upgrades.

The device, which was infamously leaked several months ago as reported by Gizmodo.com, was unveiled by CEO Steve Jobs on the first day of Apple's World Wide Developer's Conference in San Francisco.

The iPhone 4 will be sold in 16 and 32 GB denominations, for $199 and $299, respectively, starting June 24, with preorders beginning June 15. An 8GB version of the 3GS will be available for $99 as well. The phone will also be offered in both black and white; its exclusive carrier in the U.S. remains AT&T.

During his keynote, Jobs stated that the iPhone 4 has 100 new features, but that he was only going to focus on eight in the presentation. The features are:

– The new design, which is 24 percent thinner than the iPhone 3GS and, according to Jobs, the thinnest smartphone currently available.

– The use of the new A4 chip, therefore improving the device's battery life.

– The addition of a six-axis gyroscope, mostly for Wii-like gaming usage.

– A new camera system, expanding from 3 megapixels to 5. In addition, the device can take video of up to 720p- and iMovie has been added to the device for the first time.

– The iPhone OS 4 software, introduced in January, which has been renamed iOS 4. The OS allows for multitasking and folders. In addition, Bing has been added as a search option along with Google and Yahoo.

– The popular iBooks feature, introduced with the iPad, has been added to the iPhone, and those purchasing books from the bookstore on one device will be able to access them on their iPod Touch, iPhone and iPad.

– The iAds online ad program was discussed by Jobs again, and he revealed that advertisers will include Best Buy, Sears, GE, DirecTV, Nissan, Citi, and many more companies.

And the eighth feature- which received Apple's patented “One More Thing…” message, is iPhone-based video calling known as “FaceTime.”

In addition, Jobs brought out Netflix CEO Reed Hastings to announce a Netflix application for the iPhone.

In non-iPhone news, Jobs touted the success of the iPad, which went over the 2 million sales mark following its recent international launch. He announced some enhancements to the iBooks feature- including the addition of notes and bookmarks, as well as PDF functionality.

Jobs also defended Apple's policy of rejecting some applications, noting that the company approves of 95 percent of submitted apps within a week. He also brought up Zygna and Activision to introduce new gaming functions for the iPad.

For more information on the keynote and other news from WWDC, please follow the liveblog, by Kirk Hiner and Jack Gaecke, on our sister site Appletell.com. See an Apple video here about the device.

Apple has also posted the video, in its entirety, of Jobs' keynote address.