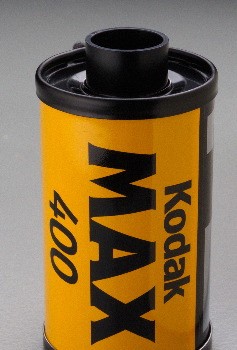 All this talk of the rapid demise of film photography is apparently just that, talk. A recent survey of more than 9,000 professional photographers in the U.S. conducted by Kodak shows that film continues to have an avid following, with 75 percent of photographers saying they will continue to use film, even as some embrace digital imaging technology. The results of the U.S. survey, conducted by the Eastman Kodak Company, mirror the results of a similar survey the company recently conducted in Europe, where more than two-thirds of professional photographers surveyed plan to continue using film.

According to the U.S. survey results, more than two-thirds (68 percent) of professional photographers prefer the results of film to those of digital for certain applications including: film’s superiority in capturing more information on medium and large format films (48 percent); creating a traditional photographic look (48 percent); capturing shadow and highlighting details (45 percent); the wide exposure latitude of film (42 percent); and archival storage (38 percent).

“I find film invaluable because the details and look of the photographs are crucial in re-telling the events playing out in front of me,” said Pep Bonet, international award winning photojournalist and a founding member of NOOR, a new photo agency committed to documenting social issues worldwide. “I do very little research or preparation prior to traveling to location. Instead, I arrive, I observe and ultimately, I trust that my camera and my film will capture the story at hand. The stories may be stunning, disturbing or inspiring. But above all, they are real. There’s nothing like film to capture those realities.”