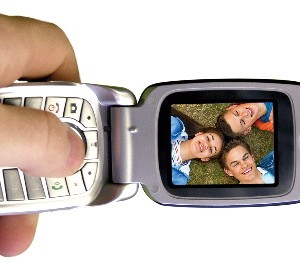 With over three quarters of today’s consumers claiming the thought of receiving marketing messages on their handhelds would become an annoyance, the biggest hurdle the mobile-marketing business faces in the next few years is achieving immediate relevance with its audience. A new Forrester Research report entitled “Is the U.S. Ready for Mobile Marketing?” claims that 79% of those surveyed claim the idea of advertising messages on their cell phones and/or PDAs is “annoying” and just 3% say they would actually trust text ads.

Treading lightly and perhaps more importantly, being relevant will be key as this market begins to test the mobile waters. Within the Forrester Research report, Spivey Overby adds that value will be more of a key within the mobile world than it is with other advertising mediums. She claims the key is to avoid the mindset that the marketing message will be an interruption and instead give consumers something they want.

The report outlines three ways marketers can use the medium: text messaging, such as offering coupons and short codes; advertising with banner ads on a mobile browser; or creating ad-supported applications and content. Obviously, there are pros and cons to each.

The report does illustrate that, despite this negative public perception of mobile marketing, there have been some early successes. This is especially true when ads are “well-targeted and when the value of participating is clear,” the report explains. One example cited is from a Cambridge, Mass.-based grocer that replaced its loyalty cards with a mobile phone-based program. About 82% of shoppers now belong to the program and have reported they enjoy its benefits.

“Marketers can’t dismiss mobile,” Spivey Overby concluded. “2007 is an exploratory year for most mainstream advertisers and we need to keep this in perspective because it’s still a very new market.”