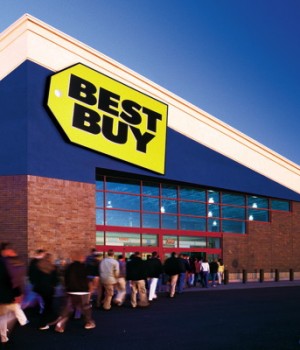 Best Buy announced Tuesday that its net income in the third quarter plunged 77 percent, from $228 million last year to $52 million. The company said it has taken a $111 million impairment charge related to its purchase of the Carphone Warehouse Group.

The company went on to announce that it will slow new store openings and cut its workforce, with a goal of reducing capital spending by 50 percent in 2009. The company had announced Monday that it was offering buyouts to nearly all of its 4,000 headquarters employees.

“The historic slowdown in the economy and its effect on our business over the past 90 days have been the most challenging consumer environment our company has ever faced,” Best Buy CEO Brad Anderson said as part of the release. “We believe that there has been a dramatic and potentially long-lasting change in consumer behavior as people adjust to the new realities of the marketplace. We also believe that customers will continue to reward those retailers who understand their needs and desires, and offer relevant solutions at fair prices. Yet we clearly recognize that these changes require us to make significant adjustments to our present cost structure.”