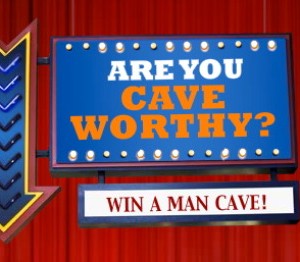 According to a recent survey, nearly 11 million American homes feature a “Man Cave,” a room with male-centric décor that is used for entertaining or hiding out.

According to the survey commissioned by Bill Me Later, which offers online payment and marketing solutions, nearly half of Man Cave dwellers spend more than 11 hours a week in their space, which are often outfitted with large-screen televisions, surround sound, gaming consoles, sports memorabilia and mini refrigerators. The survey showed that more than 10 percent of respondents reported spending more than $10,000 to furnish their Man Cave with items ranging from televisions to pool tables.

Bill Me Later, Timonium, Md, reported its survey results as it kicked off a seven-week contest that will award $15,000 in prizes to the person who submits the most compelling reasons why he should be awarded the grand prize at www.iwantmymancave.com . The grand prize, which will be awarded Dec. 2, includes merchandise from several Bill Me Later retail partners, including Dicks Sporting Goods, Lenovo and Tiger Direct.

“The Man Cave is quickly becoming a common room in today’s homes,” said Chris Williams, vice president of marketing, Bill Me Later. “Bill Me Later makes it easier to get everything you need for a Man Cave, from furniture to electronics.”