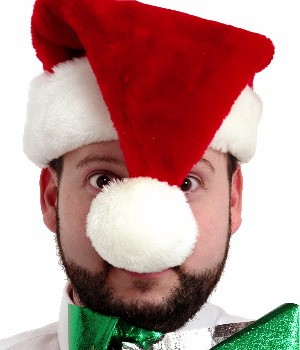 You probably haven’t even gotten around to putting the backyard bar-b-que away, and yet you’re finding several retail locations that have already begun pushing the holiday sell. That’s right, it’s beginning to look a lot like Christmas…everywhere we go anyway. Apparently, it’s never too early to begin pushing holiday goods and services as we’ve spotted several major retailers that have already begun decking the halls …a few even before the recently concluded Labor Day weekend.

As for those of us in the imaging industry, we are left to ask, is all this ludicrously early holiday retail prep really necessary? Well, according to the National Retail Federation, 21% of all consumers do indeed begin their holiday shopping in September and that number more than doubles when we move into October.

Ah ha, but be warned, there are those that feel Christmas in September is not necessarily a good idea. “If you’re not careful, it can have a negative effect on your location, in essence creating a kind of disconnect,” began Lauren Sosik, a New York-based retail analyst. “The further the retailer gets ahead of where the consumer wants to be, the more turned off they can become. There’s only so far in advance you can begin pushing something before the buyer begins to think they are being manipulated.”