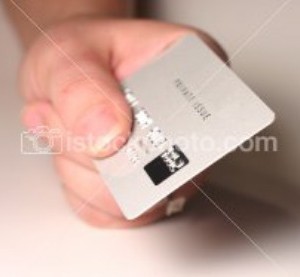 The battle over the fees credit card companies charge retailers is heating up – and both sides are preparing for a tussle later this year in Washington.

At last report retailers continue to lobby the federal government to force credit card companies, “ to reduce the fees they charge merchants to use their cards.” And the card companies are shooting back, accusing the merchants of seeking price controls.

The National Retail Federation has joined the fray on the side of the merchants and recently released a statement declaring, “They collect a hidden tax, and it’s excessive.”

Visa USA officials quickly shot back stating, “They want to shift their costs of doing business onto the consumer through price controls. “ The briefing of lawmakers for both sides is currently underway on Capital Hill with the topic of “interchange fees” taking center stage – the average 1.9 percent assessment that merchants pay on every credit card charge they make.

Essentially the argument, that has gone on for several years now, sees the card companies (and banks that issue the cards) claiming the fee is, “fair and necessary to cover both the cost of processing and of popular bonus programs that the cards often feature.” Retailers counter that the amount is too high, violates antitrust laws and often all but erases their narrow profit margins.

For more information on exactly where both sides stand, you can of course visit their Coalition websites – for the retailer’s side of the equation check out The Merchants Payments Coalition at unfaircreditcardfees.com. For the credit card companies The Electronic Payments Coalition and subsequent info can be found at electronicpaymentscoalition.com. We’ll update this story as developments unfold.