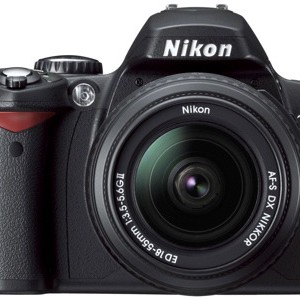 Futuresource Consulting covers the DSLR market in Europe and recently released some info based on their weekly price tracker system regarding price drops on DSLR cameras across Europe. According to their reports, the average selling price (ASP) of Digital SLR cameras across Europe has witnessed a decline of 1.6 percent (20 Euros/$31.60 U.S. approx) in the past ten weeks, dropping to just over 1,250 Euros as of last week ($1.975 U.S.).

“Our price tracking system shows that some of the largest decreases in ASP appear in the 6-7MP pixel segment,” says Adam Cox of Futuresource Consulting. “This group has seen a decline of nearly 8%, just short of 50 Euros ($79 U.S.), over the past 10 weeks.

“With most newly-launched DSLRs occupying the 10MP segment, which is experiencing relatively slow price erosion, older models such as the 6.1MP Nikon D40 are remaining price competitive. In fact, over the past 10 weeks this particular model’s ASP has decreased by more than 7 percent.”

The 10+MP segment now accounts for the bulk of the DSLR market, and the average selling price is dropping relatively slowly: less than 3 percent in the last ten weeks. The Olympus E-420 is a strong example of a DSLR camera from this segment, and it has witnessed a decline in ASP of just over 4.5 percent.

“Continued aggressive pricing of compacts and DSLRs is having an impact on the value of the camera business,” says James Wells, Futuresource Consulting, “although as margins continue to be squeezed, the industry will find it increasingly difficult to rely on price cutting to encourage consumers to upgrade.

“However, large like for like price declines did have a significant impact on the market in 2007, with overall digital camera shipments growing 25 percent globally. In terms of 2008 growth the DSLR market outlook looks particularly strong, with Futuresource projections showing growth of 19 percent to 8.9 million units, equating to 5.4 billion worldwide, this despite the credit crunch.”