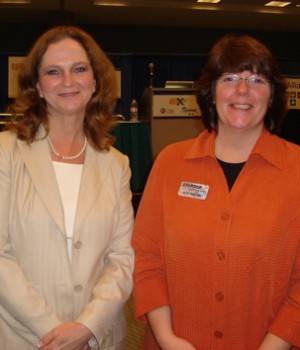 The real explosion in the home automation category will be – figuratively, that is – in boomers’ kitchens.

That was the opinion offered by Specialty Electronics Nationwide executive Jeannette Howe in a presentation to integrators at the Long Beach, Calif. Fall EH Expo.

“IP-based appliances – appliance control — is where it will all take off,” she said, citing ABI Research stats that show the worldwide home automation business bringing in $14 billion in revenue currently and ballooning to $85 billion by 2011. Products like the IP-addressable TMIO IO intelligent oven, which doubles as both an oven and a refrigerator, are bowling over the women who see it, she said.

Kris DeVries, director of sales and marketing for Bedrock Learning, echoed Howe, citing the growing interest of baby-boomers in both home automation and health care alternatives that will enable them to stay in their homes and keep up their quality of life as they age.

Howe added that according to statistics, “50-to-70-year-old women control 80 percent of U.S. income.” That fact resonates even more powerfully, she said, given the tendency for older homeowners to renovate their homes rather than selling them to buy new ones – and not just remaking the kitchen, but turning living-at-college children’s freed-up living spaces into home theaters and exercise rooms. “This generation of women feels entitled – they’ve raised kids, worked a lot of years and they want to have fun!

“The biggest hurdle we have in this industry is that people don’t know what we do,” she said. “That’s why you see Bentleys at Best Buy.” She also cited a recent Best Buy New York City store opening on Manhattan’s Columbus Circle, which borders on Central Park, to underscore how important it is in electronics selling to court female clientele. One of the opening day’s activities at the new location was to run a fashion show. That type of tactic, she said, proves that the big boxes are seriously gunning for specialist territory. “They haven’t succeeded yet,” she stated, “but they’re figuring it out and we have to keep our eye on them.”