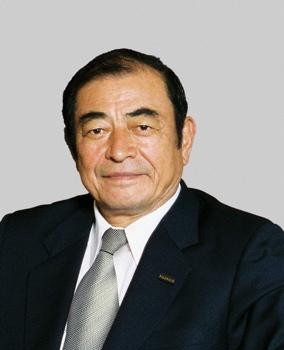 The PhotoImaging Manufacturers and Distributors Association (PMDA) announced that Shigetaka Komori, President and CEO, Fujifilm Holdings Corporation, will receive the 2009 Person of the Year award. The award will be presented at the annual PMDA awards dinner on March 2, 2009 at Caesars Palace Hotel in Las Vegas, the night before the opening of the 2009 PMA Show.

Other recipients to receive awards from PMDA at the gala event include Michael Deng, Founder and CEO of ArcSoft for Technical Achievement, David Willard, a longtime Olympus executive and past PMDA President for Lifetime Achievement, and world-renowned photojournalist Bill Eppridge for Photographer of the Year.

The PMDA awards are given annually to the persons or organizations that have significantly contributed to the imaging industry throughout the year, or throughout their careers, and have had a positive and meaningful impact on the business of photography.

Shigetaka Komori’s career began at Fuji Photo Film Company, Ltd. in 1963. Since then he has held numerous positions in Japan and Europe, where he was General Manager of the Dusseldorf Office and Managing Director of Fuji Photo Film (Europe) GmbH.

In 1999, he became a Managing Director of the parent company while retaining his positions in Europe. In March 2000, he returned to Japan as Managing Director and General Manager of the Corporate Planning office. In June of the same year, he was named President and Representative Director of Fuji Photo Film Company, Ltd., and in 2003 he assumed the additional role of Chief Executive Officer. Fujifilm created a new group management structure and changed its name to Fujifilm Holdings Corporation in 2006, at which time Mr. Komori assumed his current position as President and CEO of Fujifilm Holdings Corporation.

Mr. Komori’s many contributions were recognized in 2004 when he was awarded the Medal with Blue Ribbon by His Majesty the Emperor of Japan. In 2006, the Photo Marketing Association International (PMA) awarded Mr. Komori its Hall of Fame award, the highest honor given by PMA, the international trade association for the photo imaging industry.

The PMDA Person of the Year Dinner will be held on March 2, 2009 at Caesar’s Palace in Las Vegas. For information, please contact Gen Christo at  HYPERLINK "mailto:Christo@pmda.com" Christo@pmda.com.

Look for complete 2009 PMA coverage in next week’s edition (3/4) of Digital Clique.