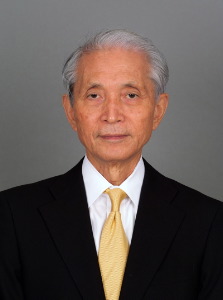 The International Photographic Council (IPC), a non-governmental organization of the United Nations, has bestowed its highest honor—the annual Hall of Fame Award—upon Michihiro Yamaki, chairman and CEO of Sigma Corporation. The award honors legendary contributors to the photographic industry.

Yamaki received the Photo Industry Award from Amateur Photographer in 1989, was appointed honorary chairman of the Japan Photographic Enterprises Association in 1990, named to PMA’s Hall of Fame in 1994, and received the IPC Leadership Award in 1998. He has been a member of the Tokyo Komae Rotary Club for more than three decades, serving as its president in 1989.

A presentation will be held during the IPC Annual New Year’s Luncheon at the United Nations in New York City on February 12, 2009. The UN Under-Secretary General of the Department of Public Information Kiyotaka Akasaka will deliver the opening remarks. Bill McCurry, chairman of McCurry Associates, will present the keynote address. IPC 2008 Hall of Fame award recipient Paul Harmel, chairman and CEO of Lifetouch, Inc., will introduce Mr. Yamaki.