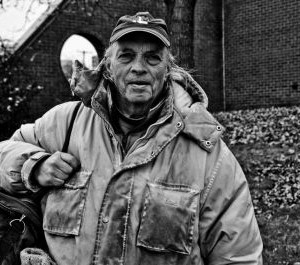 Jamie Russell’s gritty black-and-white images of a bleak city landscape helped her beat out 121 other candidates to win the first-ever Sigma Corporation of America Scholarship Contest.

The 17-year-old high school senior from Cheektowaga, N.Y., a suburb of Buffalo, was recently announced by Sigma Corporation of America executives as the winner of the scholarship contest prize, which includes $5,000 in cash and a $1,000 credit toward Sigma products. To view Russell’s photos and essay, visit the Sigma site.

Mark Amir-Hamzeh, general manager of Sigma Corporation of America, praised Russell’s ability as an up-and-coming photographer and noted that image quality was the most important factor in the selection of the contest’s winner. The students’ essays also played a large factor in the selection of the winner, as Sigma executives were looking for a compelling story to tie the photos together in a common theme, Amir-Hamzeh noted.

“Jamie showed us some stunning images of poverty and demonstrated an impressive sense of image detail and composition. Ultimately, this contest was about recognizing the student who best captured photos consistent with the superior caliber of image quality for which the Sigma brand has become known. We will watch Jamie’s photography career blossom with much interest,” said Amir-Hamzeh.

Russell said she has a passion for photography and a budding interest in photojournalism – telling a persuasive and compelling story through images. She would like her career to focus on raising awareness about poverty.

“During my time in college, I plan to not only excel in the photography program, but to gain a vast amount of knowledge about other cultures. I believe that if everyone has a general understanding of cultures other than their own, people will be more tolerant to one another. This belief is the reason why it is important for me to travel the world and show people both the best and worst of other cultures,” Russell said.

To view all of this year’s scholarship submissions, visit the submissions page. For information on Sigma Corporation of America and its lenses, cameras and flashes, visit www.sigmaphoto.com.