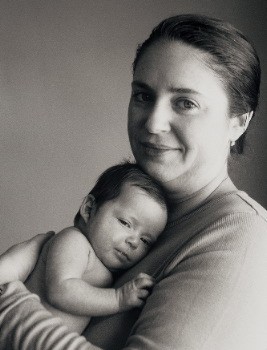 A new survey from Kodak of more than 1,000 American moms reveals that the key family “memory keeper” often misses important photographs. In a snapshot, moms appear to care a great deal about preserving memories, yet a substantial 50 percent admit they’ve missed a prime family photo opportunity.

A closer look at the survey reveals that one-third of these regretful moms have missed a child’s “first” moment, such as first steps, first foods and first day of school.  Additionally, 20 percent of these moms report they’ve neglected to capture a family vacation memory.  While 72 percent of moms say they’ve made a scrapbook with photos of their kids, many of these moms also say that they are lacking shots that are artistic, black & white or underwater elements that make for a more attractive walk down memory lane.  Few moms are missing the usual “posed shots.”

Why the missed moments? Of the moms that missed photo moments, 64 percent admitted to “rushing” and therefore forgot their cameras.  Others opted to leave their expensive digital or film camera behind because they couldn’t bear to carry another item or feared it might get damaged or stolen.

This Kodak survey was based on the findings of a telephone survey conducted by Braun Research, Inc. among 1,003 U.S. female adults age 18 or older during the period April 16 to April 26, 2008. To qualify for the survey, female respondents had to be a mother of a child(ren) under twelve years of age. The total results reported are at the 95 percent confidence level with a margin of error of +/- 3 percent.