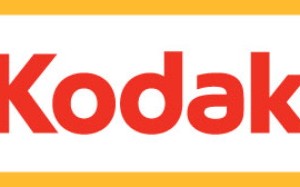 The announcement actually marks a re-entry into the inkjet printer market for the company and sets a clear goal of grabbing a piece of this lucrative market from HP, Epson and Canon. Kodak claims they will be going against the current industry-wide practice of selling inkjet cartridges at a large markup to generate profit while selling hardware at minimal margins. Kodak’s plan is to sell its hardware in the higher-priced categories where there is more potential for profit, while significantly reducing the cost of ink in relation to other vendors in this market.

The Kodak EasyShare all-in-one printers for the home, which have been in the works for over 3 years, promise to produce “lab-quality prints” that will last for “100 years while costing only half as much to print compared with other consumer inkjet printers.”

“We are not planning on just joining this market,’’ said Bob Ohlweiler, worldwide marketing manager for Kodak’s inkjet business. “We plan to revolutionize it.”

Antonio Perez, Kodak’s Chief Executive, who joined the company back in 2003, had joined Kodak from HP’s Inkjet Imaging Solutions group. How that experience will play into this latest Kodak initiative will be interesting to see as product begins to roll out later this spring.

Kodak tells us their ink cartridges will cost less because, “the printer head is installed in the printer, rather than in the frequently disposed of ink cartridge.” The Kodak printers, which can also photocopy, fax, scan and print documents, will be available next month.