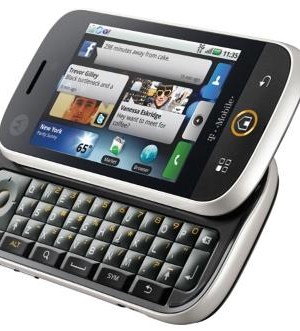 The 3G and WiFi-capable phone includes both a touchscreen display and a full slide-out QWERTY keyboard. Available in twocolors- Winter White and Titanium- the phone emphasizes social networking with easy access to Twitter and Facebook.

Pricing has not yet been announced for the product.