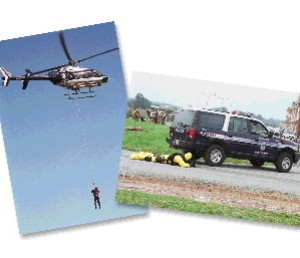 Seeing as how the American public is recording just about everything they see these days, New York must have figured why not put all that techno-energy to good use.

An idea that had been brewing for a while has finally come to light in New York City as new technology that allows city residents to send videos of crimes in progress, or photos of annoyances like potholes or trash-strewn streets to the emergency-call center and city agencies is now up and running, Mayor Michael Bloomberg and Police Commissioner Ray Kelly recently announced.

New York officials are hoping the technology will help solve crimes faster and empower citizens to report quality of life issues. The set up will work thusly – residents who want to report a crime or lodge a complaint will still call 911 or 311, respectively, and then tell an emergency operator they have photos or video to prove it. Those images can then be uploaded from a link of the NYC.Gov Web site on a computer, or directly from a PDA or Internet capable phone.

“By upgrading 911 and 311 to accept photos and video, we are bringing government accountability – and crime-fighting – to a whole new level,” Bloomberg said while unveiling the new system at the “Real-Time Crime Center” at One Police Plaza in Lower Manhattan last week.

While hundreds of cities in the U.S. accept text messages to emergency hotlines, New York is believed to be the first with the capability to accept images/video officials said. Other major U.S. cities are expected to follow suit. Any material submitted by callers can be done anonymously.