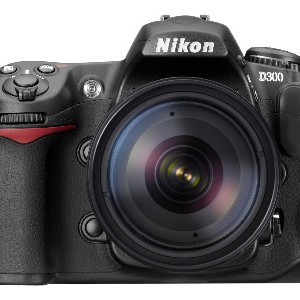 Nikon returned the volley Canon dropped on the industry last week with some exciting DSLR news of their own as the category continues to heat up as 2007 rolls along.

Out of Japan, Nikon had announced a pair of new DSLRs along with the intro of five new lenses. The new D3 ($4,995 body only) and D300 ($1,799 body only) will both incorporate Nikon’s new Expeed image processing engine along with a host of other interesting features including 3-inch, 920,000-pixel LCD screens with 170-degree viewing angles; and a pair of live-view modes for previewing images on the LCD before shooting. Add a new 51-point autofocus system and Nikon’s new scene-recognition system (that improves autofocus and subject tracking) and the company believes it’s “game on” in the DSLR market.

Nikon CEO Michio Kariya delivered a very direct objective for Nikon stating the company’s intention of achieving a 40 percent share in the DSLR market worldwide and to continue to target Canon as their chief competitor. “Our focus will be to increase our sales and promotional efforts in this area,” Kariya explained, adding that the topping Canon is paramount to their success. “It is harder for the home appliance manufacturers like Sony, Panasonic and Samsung to develop the lens systems in DSLRs,” he added, again citing Canon’s place in this market as a benchmark.

Both models will feature a 12-megapixel res (D3 FX format/D300 DX format), full-frame CMOS sensor and Nikon’s new Active D-Lighting” mode that allows users to apply the effect to a photo before it is captured. The D3 will also offer light sensitivities to ISO 6400 and a dual CF card slot.

Look for a complete DSLR market analysis in the October issue of Picture Business.