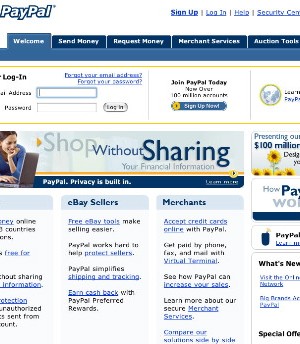 A recent survey done by E-Commerce consulting firm Brulant claims that many E-commerce businesses are now increasingly accepting “nontraditional payment methods such as Bill Me Later, Google Checkout and PayPal” on sales made online, the Web site StorefrontBackTalk reported. The study reports that there was a 267 percent increase in acceptance of nontraditional payments on the largest e-commerce sites in February 2007, when compared with a survey the group did back in mid-October 2006.

Back in October 2006, Brulant explained that, for the study, they looked at activity for the 100 largest sites—including Wal-Mart, Target, The Home Depot and Rite Aid—and logged what payment methods they accepted. Non-traditional payment methods cited were Bill Me Later, Google Checkout and PayPal. Four months later, in February of this year, they went back to the same 100 sites and did the same thing and found that acceptance had almost tripled.

However, the report does add that only 24 percent of the tracked sites offered any alternative payment. With 76 percent of sites supporting only traditional credit/debit cards such as those from MasterCard, Visa and AmericanExpress, the survey results certainly do not suggest that consumers can buy online with no credit cards just yet.