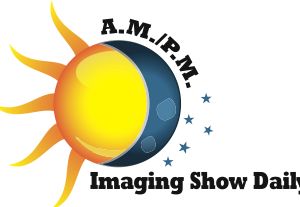 They’ll also be adding a little twist into the typical show daily mix as they are introducing their A.M./P.M. Show Daily concept.

Enjoy breaking news at the 2010 PMA Show every morning in print with the “Picture Business & Mobile Lifestyle A.M. Show Daily”  and catch up on additional show news every night in your hotel room with our online “P.M. Show Daily.”

“We understand that the show is hectic so we’re giving you two chances to ‘read all about it’ with our A.M./P.M. Show Daily concept. Get your advertising message in front of attendees as they ready for the show every morning and then again as they take it all in later that night,” explained Picture Business & Mobile Lifestyle Publisher Mike McEnaney.

In addition to this, since the news from the PMA Show stays hot long after the show shuts down, the company is presenting their Post PMA Highlights edition. Mailed out 2-3 weeks after the PMA Show, this “Day Three” edition will recap show highlights and headlines for both those that attended the annual photo show as well as those that couldn’t make it to Anaheim, Ca.

For advertisers, they explain, this presents an opportunity to get their show message in front of attendees one more time once they’ve settled in and are back to business at home… making decisions.

Those that sign up early can have the P.M. edition sent directly to their mobile phones – more details on this option will follow.

Follow the 2010 PMA Show all day (even after the show shuts down)  with the Picture Business & Mobile Lifestyle A.M./P.M. Show Daily.