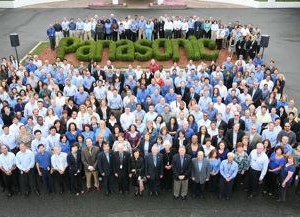 Panasonic Corp. of North America on Friday celebrated its 50th anniversary, with a series of events at both its headquarters in Secaucus, New Jersey and at other offices nationwide.

"The occasion of our 50th anniversary in the US is a time to look both ahead to a promising future, but also a time to reflect on our past and how we reached this milestone," Yoshi Yamada, CEO and Chairman of Panasonic Corporation of North America, said in a statement. "Our employees are very proud of the innovation and technological leadership they have achieved in Panasonic’s first 50 years in the United States; and the best is yet to come."