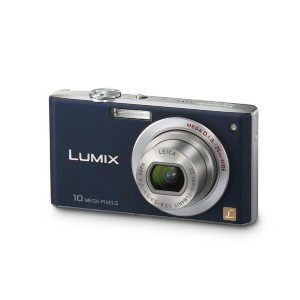 The new cameras, eight in all, are being exhibited at the PMA 2008 show, which began Wednesday in Las Vegas.

Panasonic is also updating the FX-Series, most notably with the DMC-FX35, which features a 25mm ultra-wide-lens and can also record video. That camera is coming in March at a suggested price of $349.95.

Also announced were two point-and-shoot cameras, DMC-LZ10 and DMC-LZ8, as well as the DMC-TZ5 and DMC-TZ4, which both feature a 10X optical zoom Leica DC lens.

For more on these and other Panasonic cameras, visit their Web site here.