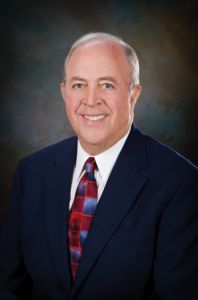 PMA, the Worldwide Community of Imaging Associations, announces the 2010 PMA Hall of Fame recipient is Ronald B. Koch, whose illustrious career with the Eckerd Corp. featured 28 years of high achievement, abundant contribution to PMA, as well as philanthropy and civic concern.

The award is the highest honor of the association. The recipients are selected by the PMA Board of Trustees based on career success and their role in the advancement of the photo imaging industry. Koch will be honored during the Official Business Session, Sunday, February 21, from 9:00 a.m. to 10:15 a.m. at the PMA 2010 International Convention and Trade Show at the Anaheim Convention Center in Southern California.

During Koch’s tenure with Eckerd Corp., a subsidiary of J.C. Penney Co., he was a major contributing force to the retail operation growing from 400 to more than 2,900 stores with more than 1,300 one-hour photo centers. Throughout his career, he guided the very successful photo program and always shared his insights with PMA. He has participated in training seminars and committees, including the chairmanship of the mass merchandisers advisory committee. He has served as a PMA trustee and received the Distinguished Service Award in 2000.

Most important, Koch mentored and helped develop many associates that have achieved significant success in the photo imaging industry. He encouraged and supported his staff and managers to participate in all aspects of PMA activities.