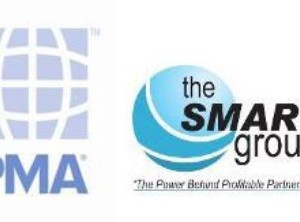 The PMA SMART Store makes its debut at the co-location of PMA 08 and the 2008 Memory Trends Conference and Expo. The 5,400 square foot store is a hybrid of Photo Imaging, Custom Framing and Scrapbooking retail operations and is designed to provide imaging retailers with a “hands-on” look at a new way to conceptualize their store interiors.

PMA is describing this exhibit as, “So much more than a physical store; it is a business philosophy – a way of doing business. It is a store that shows how a partnership between retailers, manufacturers, service providers, publishers, and others can create businesses beneficial to all parties.” They add that the philosophy behind the exhibit is designed to produce profits throughout the industry by effectively shifting the way manufacturers, distributors and independent retailers collaborate together.

PMA and the SMART Group (Scrapbooking Manufacturer and Retailer Trade Group) partnered, they explain, to teach retailers by example. The store is a compilation of research performed within a mixture of retail industries and represents, “powerful and successful proven strategies.”

The exhibit replaces the two-year run of the Complete Picture, Inspiration Center booth that debuted in 2006. PMA explained that this new exhibit simply takes that concept a step further.

“The highest goal of independent retailers is to have the right merchandise at the right time for the right price. To accomplish this, it’s necessary to move merchandise faster and increase the inventory turn rates. To do so requires building sound partnerships with manufacturers who can aid in the branding of products, cooperative advertising and in-store displays,” PMA said in a statement. ‘The SMART Store will showcase this concept.”

PMA adds that the entire PMA Smart Store will be raffled away to a few lucky attendees who qualify in the sweepstakes drawing at the conclusion of PMA 2008 on February 2nd.