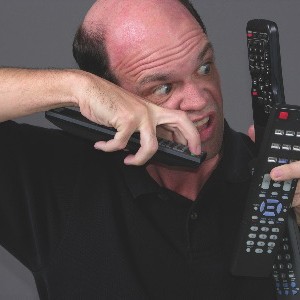 A recent study conducted by the Technical University of Eindhoven in the Netherlands claims that close to half of all the products returned in the U.S. are brought back to the retailer in perfect working order. The study claims that more and more consumers are apparently just as confused as they are excited by CE/Imaging technology. The study claims that on average, American consumers will try for just 20 minutes to get a new gadget to work before giving up.

The estimated value of returned products in the U.S. is currently estimated at over $100 billion per year. While that figure is startling enough, the fact that perhaps half that figure is attached to products that there is nothing wrong with makes the number even more alarming.

“The new technology in the CE/Imaging world is amazing today but manufacturers have to keep in mind that many times less is more,” began retail analyst Lauren Sosik. “Additional features are great but often times consumers can suffer from ‘feature fatigue” and become easily overwhelmed. Bring features sets in line and lower the price with some of this stuff and I think that will help alleviate the problem a bit.”

Sosik may be right as a University of Maryland survey showed that 56 percent of American consumers felt overwhelmed by product complexity after buying a high-tech product.