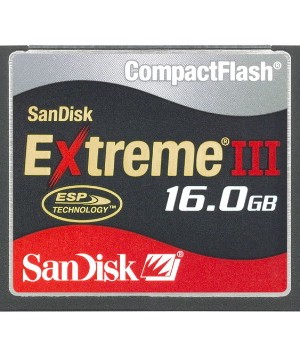 “This is impacting pricing for our retail and OEM products at a steeper rate than we had been anticipating, and in order to maintain market share we now expect to lower Q1 prices for many of our products from 30 percent to 40 percent below fourth-quarter levels,” said Eli Harari, SanDisk Chairman and CEO. “Although we believe there will be strong pickup in demand for our products in the second half of the year, we do not have visibility as to when the current aggressive pricing cycle will run its full course, and gross margins are likely to remain under significant pressure for several quarters.”

The restructuring includes a 10 percent reduction of employees, or about 250 people, beginning early March, and a move from the USB private label business in favor of the more profitable SanDisk branded business, the company said. The company will also reduce all executive salaries, which includes a 20 percent cut in base pay for the CEO, 15 percent for the president and executive vice presidents and 10 percent for other VPs, the company said. Salaries of all other employees will be frozen. A hiring freeze will impact all company areas, but SanDisk said it will continue to hire in strategic areas, including product innovation and future generation technologies, such as x4 and 3D.

Total savings related to the reductions and salary cuts, excluding severance costs, are expected to be about $30 to $35 million, including cash savings from the reduction-in-force of approximately $20 to $25 million, the company said. In addition the reduction-in-force will result in a decrease in stock compensation expense of approximately $10 million on an annualized basis. The company expects to incur a restructuring charge in connection with the reduction-in-force in the range of $15 million to $20 million, with the majority of the expense occurring in the first quarter of 2007. About 50 percent of this restructuring charge is stock compensation expense related to the terms of SanDisk’s msystems acquisition.

“We believe that lower price points in the NAND industry will accelerate demand, particularly in the handset market, and will stimulate the emergence of new markets, fueling continued growth,” Harari said.