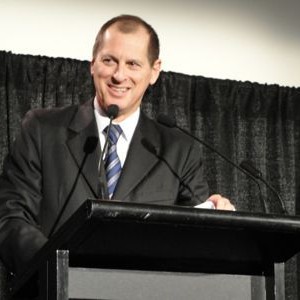 NEW YORK- Speaking at the CES Press Preview in New York Tuesday, CEA President/CEO Gary Shapiro discussed the recent election as well as CEA's hopes for its priorities in the upcoming Congress.

Shapiro's prediction for next year's new Congress, which will include a Republican-controlled House and Democratic-majority Senate, is that “nothing bad will happen.” He meant specifically the proposed cap-and-trade energy regulation regime, which he believes is dead, as well as new corporate taxes.

He did, however, see the possibility of some action on two of CEA's biggest priorities: the ratification of stalled free trade agreements and an expansion of spectrum, while acknowledging that another CEA goal, a national recycling policy, will be more difficult to pass with a GOP House majority. Shapiro also predicted that the radio broadcasters' proposal to mandate FM radio chips in electronics devices- a mandate strongly opposed by CEA- will fail to pass, at least in the upcoming lame duck session of Congress.

When asked about the stringent energy regulations on televisions passed by California last year, Shapiro said that CEA had had some success in reducing their impact, but that the existing regulations are still “bad public policy” that the group intends to continue fighting.

On a personal note, Shapiro stated that contrary to popular belief, he is neither a Democrat nor a Republican but rather a “proud independent,” and that during a breakfast that morning with Rep. Eric Cantor (R-Va.), the House Minority Whip, Cantor “accused me of being a Democrat.”

Shapiro also announced that a new book he authored, “The Comeback: How Innovation will Rescue the American Dream,” featuring a forward by noted tech entrepreneur Mark Cuban, will make its debut at CES.