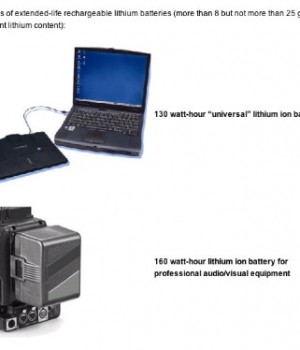 As the CE/Imaging industries brace themselves for the busiest part of the trade show schedule, some new travel regulations from the Transportation Security Administration (TSA) are worth noting. Going into effect today, certain lithium batteries with exposed/uncovered electrical contacts, which they explain, if touched by other metal objects could cause an explosion and fire during a flight, are being ban from all flights. The TSA released a statement late last week that said travelers carrying any spare lithium batteries must make sure those loose batteries meet their new standards. The TSA is not worried about the batteries already installed in electronic devices, be it a digicam, iPhone or laptop. Those are safe to bring along with you on the plane in your carry-on bag.

For more information, and some helpful photos, you can read the official announcement on the U.S. Department of Transportation’s SafeTravel Web site: safetravel.dot.gov/whats_new_batteries.html