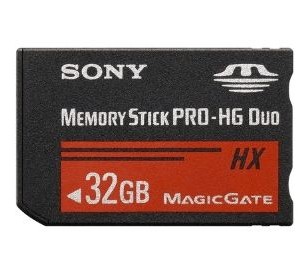 Sony Electronics has announced that they will be enhancing their lineup of Memory Stick PRO-HG Duo HX memory cards, “to increase transfer speeds,” they explain.

These new Memory Stick cards will have a 30-megabytes-per-second transfer rate, making them Sony’s fastest memory cards on the market. They are Sony’s highest performance memory cards and are designed to support and enhance features of Sony hardware devices.

“Consumers quickly will see the benefit of the high-speed HX series when using features like burst shooting  for DSLR or shooting HD video,” said Shane Higby, director of the consumer media business at Sony Electronics. “It is the recommended media format for both professionals and enthusiasts, delivering high performance and a range of unique benefits”.

Likewise, a Handycam camcorder user can transfer approximately 175 minutes of HD video or a 30GB file (taken in 1920×1080 on HDRCX110) in 17 minutes,  via the compatible  high-speed adaptor, which is one-quarter of the time it takes to download from a 32GB PRO Duo Memory Stick.  Results may vary depending on hardware and settings.

Sold in capacities ranging from 8GB to 32GB, the HX series starts at $59.99.  As a value-added benefit, all Memory Stick models include x-Pict Story software for easy on-line photo sharing, as well as data recovery software to enable file rescue.