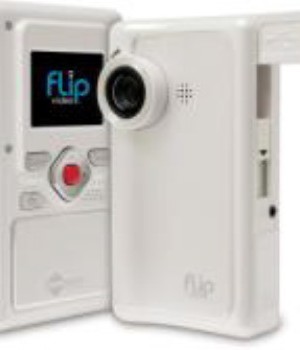 As anyone following the digital media market today knows consumers are no longer happy just recording stills and video for posterity, they want the world to see the memories they are capturing. Tapping into that trend, Pure Digital Technologies has introduced a flash-based video recorder capable of uploading video to YouTube and other video-sharing Web sites.

The company has introduced FlipVideo, a camera aimed at those looking to e-mail video and upload it to YouTube- quickly. The camera, which comes in 30-minute and 60-minute denominations (costing $119.99 and $149.99, respectively), comes equipped with built-in software that allows for freer sharing of video than had previously been available. It’s a breakthrough for a company best known for producing single-use cameras. The previous version of the camcorder, called the Point and Shoot, offered software for uploading to Grouper and Google Video, but not YouTube (now owned by Google).

At press time, Pure Digital told us that CVS/pharmacy, Rite Aid, Ritz Camera Centers, Longs Drugs and Duane Reade all offer the ability to produce DVDs from the Flip Video.