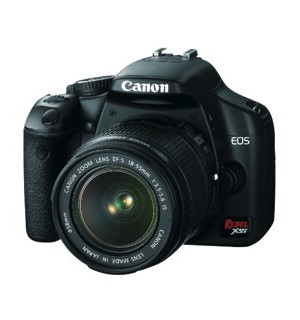 It may be the easiest $700 sale retailers make this year: Americans are hot for D-SLR cameras and manufacturers exhibiting at PMA this week in Las Vegas are introducing lower-costing, higher-performing consumer models to meet the demand.

Canon’s upgrading its top-selling entry-level D-SLR, the Rebel XTi, with the new 12.2 megapixel XSi, due out in April at $799. Nikon’s in the game with the D60, a consumer D-SLR with onboard editing and a “Stop Motion Movie” feature, launching this month for $750. Sony, Samsung, Pentax and Olympus have sub-$1000 contenders too. “We’re seeing very powerful products and great prices,” says Nikon’s Senior Technical Manager, Steve Heiner. “These products don’t sit on shelves.”

Indeed, shipments and sales of D-SLR’s outpaced most analyst predictions in 2007. According to a new CIPA (Camera & Imaging Products Associations) report, 7.5 million D-SLR’s shipped in 2007 and over 9 million are expected to go out in ‘08, an increase of 22.3 percent.

“The market is becoming saturated with compact point-and-shoots,” says Chris Pound, a national sales product coordinator for Pentax. “But people are realizing they can jump a tier creatively. The D-SLR is the next big thing, and these new cameras with auto picture modes help consumers make the transition.”

The new D-SLR’s on display at PMA ‘08 have selling points far beyond auto modes. Most are now using SD and SDHC flash memory cards, which consumers are accustomed to from their point-and-shoots. LCD screen sizes are big, often 2.7-to-3 inches, and many offer “live view” just like the compacts. Kit lenses, notoriously low-end historically, are improving as well, so consumers are likely to have more success (and less blur) right out of the box.

Once a consumer gets D-SLR fever, exhibitors say higher-margin tripods, zoom or macro lenses, flashes, memory cards and image-editing software are natural add-ons. Manufacturers at PMA are even suggesting point-and-shoots as a D-SLR accessory, noting that enthusiasts sometimes want a break from equipment-lugging. “We’re seeing a lot of households with a D-SLR and a bunch of Coolpix too,” says Nikon’s Heiner. “You don’t just sell one ‘family camera’ anymore. Now, everybody in the house has one.”

What do you think about these products? Talk about it in the Dealerscope forums.