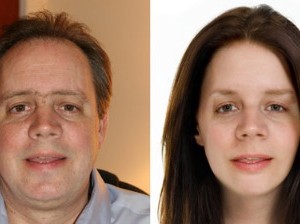 We’ve been covering the photo gifting market quite a bit in this space over the course of the year and are continually amazed at the creativity we are coming across as digital technology has moved consumers far beyond the constraints of the 4×6-inch print.

Over the weeks we have seen everything from the ridiculous (www.petsinuniform – a Web site that takes pictures of people’s pets and puts them in a variety of military regalia – $20 a pop) to the sublime (www.pictureqweave.com – a site that takes consumer’s images and produces beautiful photo blankets – about $130).

Well, we’re not sure exactly how to classify this next site but at last report they were doing quite well with an idea that, initially might have you scratching your head a bit, but when you think about it makes a lot sense.

The site is called HeturnedShe.com and the creators take pictures (headshots) of men and transform them into what that particular man would look like as a woman. They then place the final image on the cover of a faux fashion magazine and then send the final photo back to the customer. If you’ve already scoffed at the idea, you may be interested to find out that at $50 a pop, they are doing a bang up business as there are apparently a lot of men out there that wonder what they’d look like as a woman. Site organizers told us that lots of woman are having their husbands’ and boyfriends’ image done up as a gag gift and still other customers are just “amazingly curious” what they might look like as a woman. They also told us they didn’t feel there was a market for female-to-male transformations as women, “simply aren’t curious what they’d look like as a man.” Can’t say we blame them.

As you’ll see from our results, it does create an interesting (if a bit disturbing) final product that, once again, points out the sky is the limit when it comes to photo gifting in the digital world. The only limit is the limits of sellers’ imagination.