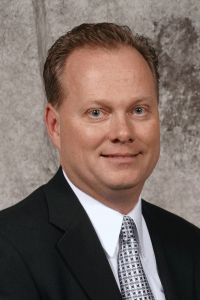 The International Photographic Council (IPC), a non-governmental organization (NGO) of the United Nations, recently announced the election of three new members to its board.

“We are delighted with the election of Dan Kinsley from Hewlett-Packard, Manny Parks from Pro Imaging Photo, and Steve Sheanin from WPPI/Rangefinder to the IPC board,”  IPC President James Chung said.  “These industry leaders bring years of experience and a different perspective to IPC. We thank them in advance for the valuable contributions they will bring to our group.”

Dan Kinsley is Vice President of Sales for Hewlett-Packard’s Retail Publishing business in the Americas Region. He is a long-time industry veteran with over 35 years' experience in the photo business. As part of HP’s core value proposition, he represents HP’s online properties (Snapfish, Marketsplash and Youneek) in conversations with retailers. Prior to joining HP, Dan was Vice President of Sales and Marketing for Agfa Corporation, where he spent 19 years. Dan has also worked for Copal, Noritsu America, Hope Industries, Colorcraft, and Berkey Film in various key roles.

Manny Parks is President of Pro Image Photo, an imaging and printing specialty retailer with three locations in New York. Pro Image Photo caters to all levels of photographers and graphic users — from soccer moms to renowned museums and art companies in Manhattan. Before he started the retail business in 1996, he was a national distributor of commercial photographic equipment such as Agfa minilabs, Kodak Digital Science products, and Polaroid photocopiers.

Steve Sheanin is President and CEO of Rangefinder Publishing, a California company that publishes Rangefinder and AfterCapture magazines, and operates Wedding & Portrait Photographers International (WPPI). Steve has been in the photography industry since he joined the company in February 1970. A member of the advisory board of Hallmark School of Photography and of the CameraCraftsmen of America, Steve resides with his wife, Jackie Applebaum-Sheanin, in Beverly Hills, California.

Hewlett-Packard Company has also joined IPC as a corporate member.