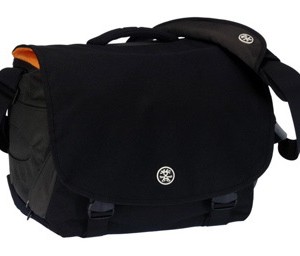 That’s no exaggeration. A recent story in the Wall Street Journal illustrates just how important and profitable accessories have become to a wide variety of retailers.

It turns out that Versace, the Italian design firm, is shifting away from its money-losing clothing line to focus on more profitable accessories, such as luggage, shoes, handbags, leather goods, home furnishings and automobile interiors. Accessories last year accounted for more than 33 percent of Versace’s $383 million in revenue, a 27 percent jump in two short years. They also contributed to the company’s $25.4 million in profit, its first after years of losses, the Journal reported. In most cases, the accessories generate more profit than the designer’s core clothing line, had a longer shelf life and quicker go-to-market cycles, according to the article.

Many other designers are following suit by deemphasizing their exclusive, expensive and non-profitable clothing lines to drive consumer-friendly accessories, all in the name of attracting more customers and generating greater profit.

Versace’s lesson should not be lost on CE/Imaging retailers, especially those that continue to moan about unprofitable digital cameras and flat-panel televisions. Like Versace’s core clothing line, flat panels and digicams will never again yield the profits they once did. But there are also some very important differences that separate the two. Unlike clothing designed for the moment and for the rich, flat panels and digital cameras are affordable, sell across all demographics, create solid demand and serve as core product lines that beg for a variety of accessories.

But with any change in business models, there are always challenges.

In Versace’s case, Gaincarlo Rossi, the CEO behind the designer’s new strategy, had to convince a reluctant Donatella Versace to follow suit. “This is not going to work,” she recalled to the Journal. “This is going to die.” What eventually happened was quite the opposite, which illustrates what can happen when someone married to an old business model drops their ego to listen to the advice of outsiders. To wean itself from clothing, the company even dumped its lingerie and children’s line, and sold its unprofitable perfume, jewelry and watchmaking divisions. Change might be painful, but it can lead to growth.

CE/Imaging retailers face their own challenges when it comes to accessories, mainly making sure sales lets each customer know that you carry all the accessories needed to optimize a core product. Chances are your customer doesn’t know these products exist and why they’re important. The numbers prove the point.

In its “The CE Accessories Market: Insights and Opportunities” report, CEA found that 82 percent of consumers buy accessories after their initial purchase, which means the majority of people end up buying them from another store. With $11.2 billion in CE accessory sales this year, that’s a lot of money walking out you door and into another. On the flip side, more than 25 percent spent more on accessories than they originally planned. On top of that, 40 percent said they spent more than they expected when assisted by a sales rep. They were also twice as likely to spend more than expected during an assisted sale than they would have while buying online.

It just goes to show that sex doesn’t always sell. Smart strategies do.