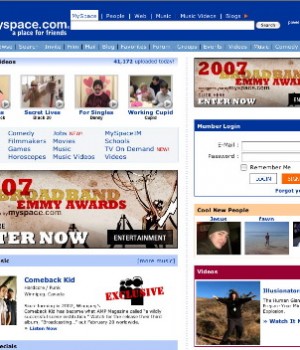 With the controversy over unauthorized use of video clips swirling around the Internet, the recent announcement that News Corp.’s social networking Web site MySpace recently started using a program that blocks videos containing unauthorized content from being posted on its pages, has created quite the online buzz. The filter MySpace is using digital fingerprinting technology licensed from a company called Audible Magic, located in Los Gatos, Calif., to screen videos uploaded by users on their MySpace pages and remove them if they are protected by copyrights, Los Angeles-based MySpace said in a recently released statement.

The buzz over the Internet is focused on what the many other video/image sharing sites will do in the wake of this decision by MySpace and the feeling among MySpace users that the “spirit of Internet sharing” is being compromised by this decision.

“It’s censorship and it’s is being disguised as a copyright issue,” began Len Fielsler, a MySpace user from Long Island, NY. “A lot of MySpace members saw this coming after they were purchased by News Corp. The open community premise these sites were founded on is always compromised when the realization hits that a large audience online means potentially big profits.” Let the blogstorm begin.