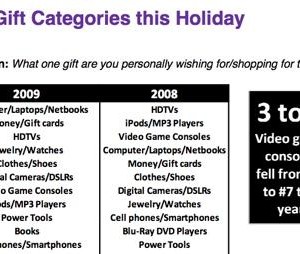 While the economy will certainly affect consumer behavior this holiday season, customers plan to both give and receive "more generous" gifts this year- and at the top of the list of most wanted products are computers.

That’s according to PriceGrabber.com’s Holiday Trends Consumer Behavior Report, released this week, in which CE categories took eight of the 15 spots and five of the top eight. The survey also found that 70 percent of respondents plan to make a purchase on Black Friday.