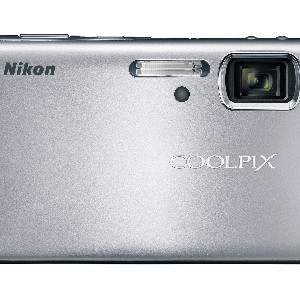 While the wireless transmission of images from a digital camera isn’t exactly news, the concept is beginning to gain steam as several digital camera manufacturers have recently released newer models with enhanced wireless features due to consumers’recent increased interest in all things wireless.

Nikon, Kodak and Sony have all recently released digital cameras with integrated wireless technology such as Wi-Fi or Bluetooth. The category has evolved quite a bit from earlier models, now allowing users to transfer their pictures to a nearby PC without an attachment cable. But the new generation of devices goes further by wirelessly sending photos to cell phones and other handheld gizmos, photo-sharing Web sites and the email addresses of family and friends.

Back at PMA, Sony introduced its first digicam that can wirelessly send and receive images from other Sony wireless devices as well as upload images to PCs, the DSC-G1. Nikon had also launched wireless models, the S7c and S50c, that can send images directly to Flickr or to an e-mail address, as well as send them directly to Nikon’s own photo-storage/sharing site. Kodak has also been busy updating their digicams with wireless capability to include upload to their own Kodak Gallery (v610) as well as to a variety of Bluetooth-enabled devices such as printers, BlackBerrys and cellphones. Canon too had come to market with a wireless model that sent images directly to a Canon printer with a Bluetooth attachment.

Clearly digicam makers are seeing the threat from cellphone cams as a very real one as they are now offering the same flexibility with wireless features that cellphones offer. A recently study from IDC projects point-and-shoot digital camera sales to fall by 2.6% by 2010 while cameraphone shipments are expected to rise by nearly 75% during the same period.

There has also been a rush recently of accessory items that can help your customers get in the wireless game without shelling out the bucks for a wireless digicam. Companies like Kingston have come to market with card readers/media cards that automatically upload images to the Web and a company out of Mountain View, Ca. dubbed Eye-Fi Inc. has combined networking technology and memory chips into a single card. The card can be inserted into digital cameras and will wirelessly send pictures stored on the card to computers or photo-sharing Web sites. The digital frame category has also gone wireless with a wide variety of models offering this feature in various forms. We are told more of the same in on the way from a multitude of imaging manufacturers.