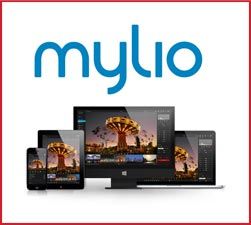 New York, NY—Keeping up with the continually growing collection of images and videos that are now taken annually has become a challenge for everybody from professional to amateur photographers. And with more than 1.3 trillion photos projected to be taken this year alone, help is on the way in the form of Mylio.

The just-announced photo/video organizing system is designed to offer a complete solution for taking care of all of life’s photos and the life of the images.

“We recognized a growing need for photographers and consumers to protect, access and share all their photos everywhere they go and on every device they own,” said David Vaskevitch, CEO of MyLO, creators of Mylio. “We formed a unique team of world-class software developers, designers and photographers to build a solution that satisfies this need and allows people to enjoy their photos again.”

Mylio is a complete digital solution for people who have a large library of digital content that they need to organize, protect and access at any given moment, anywhere they go. Whether these photos and videos represent a livelihood or just irreplaceable moments, Mylio provides total access to the files and peace of mind to their owners.

Everything. Mylio brings pictures together from Facebook, Flickr, SD memory cards, a phone’s camera roll, computers and hard drives into a common place where users can work with, organize and share them.

Everywhere. It automatically replicates users’ pictures to their phones, notebooks and tablets, so they can work on them wherever they are, even when there is no Internet access.

Always. Mylio automatically protects pictures so they are safe even if a computer is stolen, a phone is lost or the house burns down. Photographers can decide whether the protection includes the cloud or operates entirely independently.

Powerful and Simple. Even with hundreds of thousands of pictures, Mylio is designed to be fast when viewing and searching. It also enables editing, even with RAW files, while presenting a simple interface that works on tablets, phones and computers.

Photographers may try Mylio using a free trial plan that supports up to 1,000 files on three devices.

Mylio is available at photo specialty retailers across the U.S. and can also be downloaded at mylio.com. For a list of Mylio retailers or more information, go to mylio.com.

MyLO Development, LLC, the creator of Mylio, was founded in 2012 by a team of passionate photographers, developers and storytellers. MyLO is a privately held company located in Bellevue, Washington.