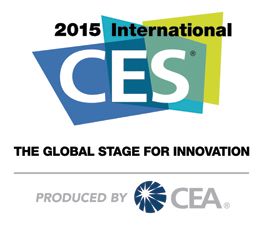 “These awards and events at CES celebrate pioneering technology companies and entrepreneurs who are creating innovative products and services that will be all the buzz and ‘must have items’ for consumers in the months and years ahead,” said Karen Chupka, senior vice president, events and conferences, CEA. “These partner activities at CES showcase the innovation within our dynamic technology industry and highlight those exhibitors who are helping drive the industry to new heights.”

APPNATION IV. This two-day event is focused on the business of apps and the broader consumer app economy. APPNATION reaches the full long tail of app developers and publishers from the indies to the largest brands and companies in the world.

Wearable Tech Awards, Presented by Stuff. These awards will showcase the 10 most promising wearable tech products of the 2015 CES, as chosen by Stuff’s editors, including the best smartwatch, smart eyewear, health and fitness gadgets, VR products and apps to launch this January.

Hardware Battlefield, Presented by TechCrunch. During this premiere start-up competition, 16 companies will reveal a brand-new product for the first time to a panel of industry experts and investors while competing for $50,000 and the coveted Metal Man trophy.

Extreme Tech Challenge. Watch 10 of the most innovative start-ups in the world compete live on stage at CES for the opportunity of a lifetime: to pitch Sir Richard Branson on his private Necker Island. Gary Shapiro, CEA president and CEO, will lead the all-star judging panel.

The 2015 CES will feature more than 3,500 exhibitors unveiling the latest consumer technology products and services across 20 unique product categories. cesweb.org