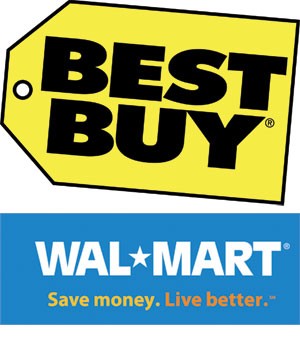 As analysts predicted, Best Buy also extended its lead in U.S. retail in some of CE’s most important product segments, including a more than five point increase in the flat-panel TV segment, reported NPD, adding that category was also “Walmart’s best performing category in overall share gains among the top categories after Circuit City left the market.”

And in the post-Circuit City era, Best Buy “firmly established itself as the dominant third-party seller of computers in the U.S., with a large part of its gains coming through its website. Walmart saw its year-over-year share growth increase faster in notebooks than any other category.”

“As its nearest competitor, both in store locations and in consumer perception, Best Buy was certain to be the big beneficiary from Circuit City’s closure,” said Stephen Baker, vice president of industry analysis at NPD. “However, with the closures coming at the same time as an economic recession, tumbling ASPs in both PCs and TVs, and Walmart’s renewed focus on consumer technology as a growth opportunity, it is not surprising that Walmart also managed to grow its share during this period.” npd.com