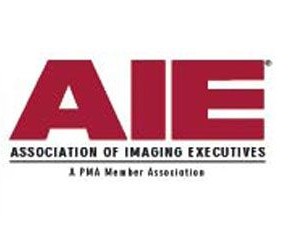 The Association of Imaging Executives is a PMA member association that helps imaging executives and industry leaders make strategic connections to advance the profitable use of new imaging technologies.

“The AIE Visionary Awards are symbolic of the new PMA,” said Georgia McCabe, PMA’s recently appointed CEO. “It both recognizes the past and looks into the future of photography.”

“These awards promote the best the imaging industry has to offer,” added Glenn Paul, AIE president. “Spotlighting the most inventive and important products and technologies is a first step towards our goal of bringing together differing parts of the imaging industry.”

PMA imaging analyst Paul Worthington organized the event and hosted the reception. He welcomed famed photographer Joe McNally, who gave a touching and informative discussion on the importance of preserving our pictures, illustrated with some great shots from his 30-year career. Then HP senior architect Bob Taylor showed Link, the company’s new foray into interactive imaging triggered by printed output.

Mylio founder and former Microsoft chief technical officer David Vaskevitch was then recognized as an imaging visionary for his work on accessing, organizing and protecting photographs with his start-up company’s new software.

Nominations for the 2016 AIE Visionary Awards will be open to the industry. Voting will be limited to AIE members. pmai.org/aie