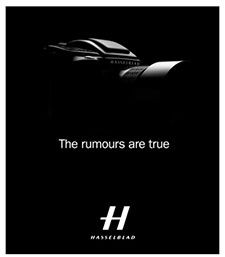 Union, NJ—The Hasselblad H5D-50c, recently announced as the first 50 megapixel medium-format camera system to embrace CMOS technology, made its debut at the Hasselblad Japan booth during the CP+ Camera and Photo Imaging Show at the Pacifico Yokohama Convention Center, February 13–16.

Based on the company’s H5D-50 model, the H5D-50c offers a faster capture rate, longer shutter speed capability and much greater ISO performance. It will also provide improved live video in Phocus and will be available with multi-shot functionality.

“We were delighted to provide CP+ visitors with a unique preview opportunity—a chance to get to grips with our superb new medium-format option before its official launch at the beginning of March,” said Hasselblad CEO Ian Rawcliffe. “This was the second time for Hasselblad Japan as an exhibitor at this important imaging show, which this year was expected to have a visitor count well in excess of 70,000.

“After CP+ we will present this new model at the NEC-based photography show in Birmingham, UK (March 1–4),” he added. “And our U.S. customers can get to grips with the H5D-50c at WPPI Expo at the MGM Grand in Las Vegas (March 3–5).”

In addition, at booth G-10 adjacent to the Hasselblad stand, EIZO unveiled a new workflow solution following a yearlong technical collaboration between the two companies. Ove Bengtson, Hasselblad product manager, explained: “It’s not only our camera systems that constantly evolve, our Phocus imaging software does, too. This new solution with EIZO means Phocus 2.8 users can now easily calibrate their ColorEdge monitors with just a few clicks within the Phocus software itself, to guarantee that the resulting viewing experience lives up to the outstanding color accuracy of Hasselblad RAW files.” hasselbladusa.com 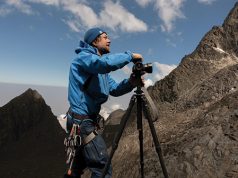