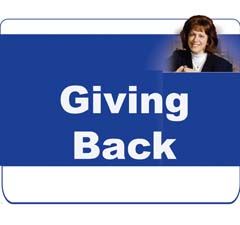 Portraits of Love is a project founded by the PhotoImaging Manufacturers and Distributors Association (PMDA) that is now a joint effort with the USO and Shutterfly. Its goal is to give back to the men and women who defend our country every day by providing them with free holiday portraits of their families. The portraits are sent to active-duty personnel both deployed and here at home. Now entering its sixth year, the project also enables professional photographers to use their talents to show their appreciation for those serving our country.

Professional photographers around the United States donate their time, energy and talents to personal portrait sessions with soldiers’ families on military bases and in photographers’ studios across the country, during November, December and January.

Portrait and commercial photographer Allison Earnest (allisonearnestphotography.com), based in Colorado Springs, Colorado, donated her time and artistry to the event for the third time in 2013. Earnest explains why she is passionate about the project.

“Being a former military spouse myself, and knowing firsthand the trials and tribulations of having a military spouse, I was drawn immediately to this program. People who are not affiliated with the military do not understand what it is like being in the military or being the spouse of a military soldier. Thousands of young men and women join for different reasons, though primarily it is because they believe in America and are willing to sacrifice their lives so that all Americans can have freedom and feel a little bit safer when they sleep at night.”

Earnest adds, “In wartime, spouses are left at home, often alone or having to move back in with their parents, raising children, never knowing if their loved one will return home alive. It is a great hardship on the families. Having experienced this for over 16 years myself, supporting Portraits of Love is my way of saying thank you to all the men and women—and their families—who give so much for us.”

As a volunteer photographer for the project, Earnest shoots, retouches, uploads and shares family portraits via Shutterfly Share. On the day of the event, she sets up her professional portrait studio, with a volunteer photographer of her choice, at the local USO facility at Fort Carson, Colorado. The families and soldiers sign up in advance and are scheduled to have their portraits created during the eight-hour event.

Earnest poses and lights each family applying her Sculpting with Light Portrait Lighting techniques. This means every family receives a custom-lit portrait, not an assembly-line-type photograph that they would receive at a chain portrait studio. When the family signs up and secures their free portrait session, they are advised about the clothing they should consider wearing as a family unit. For example, if they have lighter skin tone, they are advised not to wear white, as it would wash out their features.

Each family or individual photographed is given special attention during the session. “I make each session fun and a pleasant experience,” says Earnest. “As their personal portrait photographer, I accommodate each family’s needs. I will first photograph the entire family and often offer to photograph a separate portrait of just the children. There are no hidden fees. Should an open time slot become available, I have been known to convince single soldiers, who just happen to be hanging out at the USO, to have their portrait made for their mother or girlfriend/boyfriend back home.”

All of Allison Earnest’s time photographing throughout the eight-hour day and six hours of post-event retouching is donated. She uploads the edited photos to Shutterfly Share. Families receive a code to the site from Shutterfly at the photo shoot, enabling them to access their two free 5x7s.

A majority of families who come for portraits comment on how they have never been able to afford a real professional portrait. Many bring their entire family before their spouse deploys to war. Tragically, for some, that session is their last family portrait.

“As an added accommodation,” says Earnest, “I offer to photograph the children separately, as well as the mother. So, instead of receiving two free 5x7s, they can receive two free 5x7s of each different photograph. It is all about giving freely, not expecting anything in return.”

The most rewarding aspect of participating in Portraits of Love? “Having families come back year after year, often with another addition to their family, feels wonderful,” she says. 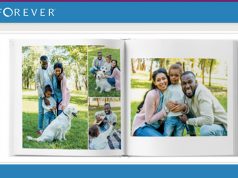 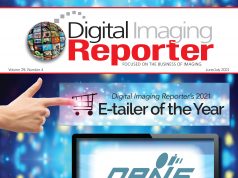