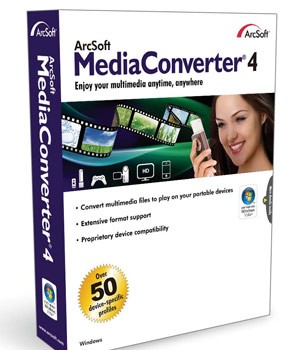 Selling imaging software in a down economy can be difficult, especially when many photographers have an imaging application. Yet, there are opportunities to introduce customers to several new and improved packages that make image optimization quicker and easier. Along the same lines, photographers also may be interested in software that easily uploads those optimized images to the most popular portable devices, in addition to the online social networks, where imaging sharing is exploding.

Making a sale often revolves around recommending specific imaging packages that meet specific needs not covered in more established applications. Since Photoshop can be a bit intimidating to master, why not introduce Photoshop owners to a plug-in that virtually automates the process, or to a stand-alone imaging application that automatically sets the best settings? Or how about applications that include built-in uploaders that send images, audio and video to the most popular social networking websites, automatically? Among these new applications are Athentech’s Perfectly Clear plug-in, Lite Crafts’ LightZone, Photodex ProShow Gold 4.1, My Memories Suite by Polaroid and ArcSoft’s MediaConverter 4. Each fills a specific need.

Everyone loves Photoshop, however, not everyone is comfortable using it. It takes a bit of work to master. Athentech Imaging’s Perfectly Clear plug-in for Photoshop and Lite Crafts’ LightZone give users alternative approaches that are often quicker and easier to master than traditional image tools. Perfectly Clear corrects for brightness and color problems with one click of the mouse; LightZone uses an entirely different approach.

Perfectly Clear image correction software is relatively new as a Photoshop plug-in. However, it’s actually been around in other forms for a number of years. Its software-based optimization technology has become the standard for many photo-sharing sites, and it’s also frequently built into the professional-level kiosks one finds at retail photo outlets.
Now available in a Photoshop-compatible plug-in, Perfectly Clear incorporates the same automatic optimization techniques found in previous versions. In fact, the new plug-in not only quickly corrects for the exposure and color problems found in individual 8- and 16-bit images, it supports batch processing. For photographers wanting more control, it includes manually adjusted tweaks that correct specific lighting and color problems. That’s a big selling point for serious photographers who want to fine-tune  their valuable images. The Windows-based Perfectly Clear Photoshop Plug-in by Athentech Imaging lists for $199. athentech.com

Lite Crafts’ innovative LightZone image-editing application optimizes photos like Photoshop and similar imaging applications. But it differs from traditional applications by incorporating intelligent optimization into its tool set. In other words, when selected, many of its tools automatically default to what the program considers the best setting possible.

Among its unique features is a “zonemapping” tool that breaks photos down into a 16-grayscale-exposure values map that can be selectively adjusted brighter or darker. It includes an intelligent relight command that automatically adjusts photos for improperly exposed shadows and highlights. It also has tools that correct for color and white balance problems, in addition to five kinds of sharpening filters, each with user-selectable adjustments. LightZone has its own image browser; it features dozens of built-in filters and does everything in real time, in a nondestructive way.

Adjustment can be turned on or off with one click. This provides significant functionality, but takes lots of memory and processing speed.

While LightZone and Perfectly Clear bring out the best, even in marginally acceptable photos, My Memories Suite, ProShow Gold 4.1 and MediaConverter 4 repackage those photos as scrapbooks, slideshows and videos. They also include tools for sharing photos and videos via e-mail, social networking websites and portable devices like iPhones.

Polaroid’s My Memories Suite should be familiar to almost everyone interested in scrapbooking. It gives users numerous templates for creating scrapbooks using their own printer and creating personalized greeting cards and professionally made photo books. It’s one of the most innovate scrapbooking applications because it generates output as e-mails, interactive DVDs, iPod videos or for Internet uploading.

My Memories Suite’s numerous accompanying templates take the guesswork out of creating attractive presentations with photos, video, narrative and music. It has all the basic utilities one expects from scrapbooking applications, including tools that crop, edit, retouch and rotate photos. My Memories Version 2 runs on Mac and Windows computers. It lists for $39.97. mymemoriessuite.com

Social networking websites are rapidly becoming the method of choice for sharing photos/videos. Most include some built-in slideshow capabilities, but none offer the extensive features found in stand-alone applications. Photodex Corporation bridges that gap with ProShow Gold 4.1, which generates sophisticated slideshows and automatically uploads them to Facebook, Vimeo and the Twitter.

ProShow Gold’s online output supports screen resolution slideshows and the latest high-definition output. And it allows consumers to use Twitter to announce the latest slideshows to friends and family, even sending a “tweet” with the URL link. Among its other new features are a reworked slide style manager, support for the Theora compression video output, and improved layers and captions. Windows ProShow Gold 4.1 lists for $69.95. photodex.com/products/proshow/gold

For those wanting more controls, MediaConverter 4 includes the ability to tweak the resolution and frame rates, and it takes advantage of the free ArcSoft Video Downloader 3 application to transfer video files to the latest video-sharing websites. Windows-only MediaConverter 4 retails for $49.95. arcsoft.com/intouch/mc4pr

With numerous opportunities to introduce customers to new applications that not only simplify the optimization process but also make it easy to share photos, sometimes all it takes is a quick demo. 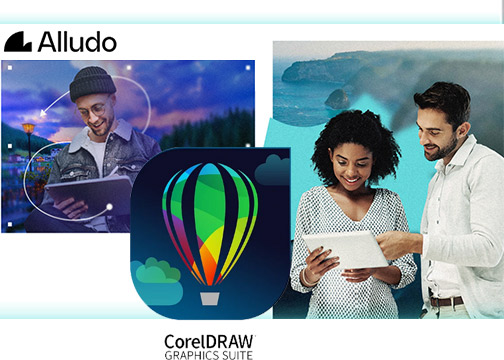