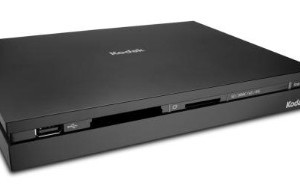 Kodak this week announced a new media player called the KODAK Theatre HD Player. The product is a set-top box which connects to high-definition TVs, and shows images, videos and other personalized content, including content from the Web.

“With the Kodak Theatre HD Player, consumers will relive the most cherished moments of their lives on their HDTV — the largest and highest quality display device in their home,” Kodak Vice President John Blake said in a statement. “Consumers will have the ability to do more than ever with their pictures, music and videos with easier and more interactive access to their personal content, as well as content from family and friends from around the globe.”

The player is set to begin rolling out in September, at a suggested retail price of $299.99.

What do you think about this product? Talk about it in the Dealerscope forums.