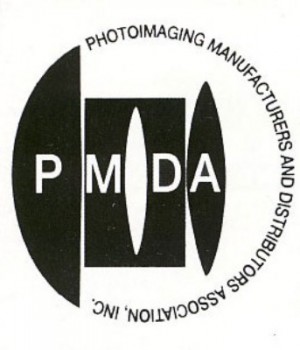 The Photo Manufacturers and Distributors Association held their most recent monthly lunch gathering at the Helmsley in New York last week and the group tackled the daunting subject of consumer printing and image storage.

Fuji’s Senior VP Sales, Imaging Division, Bing Liem spoke about how digital technology is allowing consumers to capture images at an unprecedented rate. Liem cited a recent Fujifilm study that concluded by 2009 there will be over 134 billion images being captured annually by eth camera-wielding public. He pointed out that, at its peak, film could claim only 25 million captured a year.

The problem, as we all know, lies in the fact that less than 25% of those 134 billion images will ever know life as a print. Liem told the crowd that the digital print market, “is a very fragmented market right now. Different groups of consumers want different things when it comes to their imaging needs.” He pointed out that while the younger demographic is busy taking pictures with camera phones and not printing many of those images out, there are still others who are looking for options that go beyond the 4×6 print.

“The key at retail today is to offer your wide variety of customers a wide variety of options and a wide variety of price points and give them the opportunity to do all this at a convenience that fits their lifestyle,” he explained. “Consumers today want imaging products that speak directly to them, that are personalized for them. Give them as many of these options as you can.”

Kodak’s Brad Kruchten, VP, Retail Printing felt the focus in this market lately has been far too heavily focused on cost. “What’s promoted at retail is cost,” he began. “We see twenty five cents, eighteen cents, fifteen cents. The price is pushed but not the benefit to the consumer.”

Kruchten felt strongly that consumers need to see the benefit of a printed image as the driving force to print, not the cost. “Promote the emotional value, the permanence, the joy of the photo print and this will increase consumer printing. After all,” he added, “it’s not a picture until you print it,” a slogan Kodak is promoting heavily these days with their recent entry into the home print market.

HP’s Director of Sales, Retail Photo Division, Greg Kearnan took a slightly different approach and scolded the imaging industry for behaving very similarly to the music industry. Kearnan illustrated how consumers have become empowered to download only the songs they want, avoiding having to buy an entire CD. Digital technology has done the same thing within the imaging world as consumers can now print only the images they want. Kearnan’s point, said with a smile, was, “How dare consumers be allowed to get exactly what they want.”

He added that the imaging industry needs to stop complaining about this and begin playing to this new fact of life – a kind of “if you can’t beat ‘em, join ‘em” strategy. “Give your customers what they want, whatever they want. It may be that they are printing fewer images but they can do so many more things with the images they choose to print,” he said, adding that many of those options today carry greater margins for dealers.

The NPD Group also provided their usual look at the numbers shaping the imaging industry through their Imaging Insider for PMDA. Backing up Kruchten’s claim that cost is too much a focus, NPD’s numbers bare this out as over 75% of today’s consumers listed cost as the number one reason they print outside the home. Better quality prints and the ability to print in greater volume were also popular responses. For those that prefer printing at home, NPD claims the ability to print whenever they want and whatever they want were the driving forces for this crowd. Editing control and pure enjoyment also rated high for the print-at-home crowd.