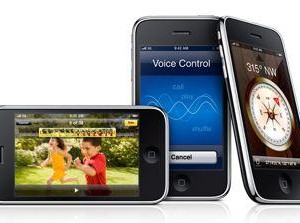 In the most recent ranking of market share for smart phone operating systems from comScore, Research in Motion/BlackBerry retained the top spot, with Apple's iPhone overtaking Microsoft's Windows Mobile for the first time in October.