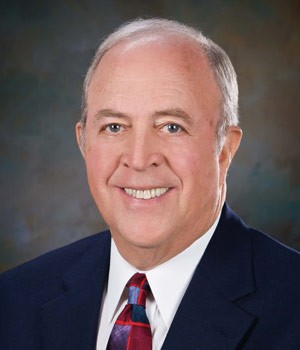 Anaheim, CA—PMA inducted Ronald B. Koch into the 2010 PMA Hall of Fame during the morning official business session of the PMA 2010 International Convention and Trade Show on February 21, at the Anaheim Convention Center.

Koch was selected to receive PMA’s highest honor based on his illustrious 28-year career with Eckerd Corp., his abundant contributions to PMA, and his philanthropic and civic activities. Honorees in PMA’s Hall of Fame are chosen by the PMA board of trustees based on career success and their role in the advancement of the photo-imaging industry.

During Koch’s tenure with Eckerd, a subsidiary of J.C. Penney Co., he was a major contributing force to its retail operation, which grew from 400 to more than 2,900 stores with more than 1,300 one-hour photo centers under his leadership. Koch guided Eckerd’s very successful photo program and always shared his insights with PMA. He has participated in training seminars and committees, including the chairmanship of the mass merchandisers advisory committee. He also served as a PMA trustee and received the Distinguished Service Award in 2000.

Most important, Koch mentored and helped develop many associates who have achieved significant success in the photo-imaging industry. He encouraged and supported his staff and managers to participate in all aspects of PMA activities.

After graduation from Ohio Wesleyan University and active duty in the Air Force, Koch began his career with Tru Foto, a division of Progressive Industries of Dayton, Ohio, as a management trainee in 1961. He quickly learned the basics of photo processing and became the lab manager. As the business expanded rapidly to five labs, he was promoted to vice president of operations.

In 1973, Koch joined Eckerd Drug Co. as general manager of photo processing and in 1976 was promoted to vice president of photo operations. In the 1980s, he managed the development of Visionworks, a freestanding optical retail store with an on-site lab, while continuing to lead Eckerd’s photo operations. The photo business expanded rapidly with the aggressive rollout of on-site processing labs. Eckerd consumer research, combined with PMA research and knowledge, stimulated the development of branded photo services and products, and positive consumer response led to significant gains in market share.

Retiring from Eckerd in 2001, Koch has remained active in the industry with his continuing involvement in PMA’s advisory committee. He is also actively involved in his church, United Way, Little League, Junior Achievement, Children’s Miracle Network, and Bay Area Youth for Christ; Koch also received the American Jewish Committee’s Human Relations Award in 1997.