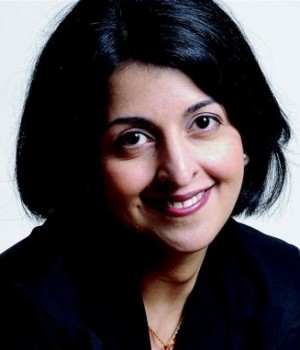 For the past two years, Accenture has been conducting in-depth research about the usage patterns of various types of consumer technology products and services among U.S. consumers.

The data below represents research completed in the winter of 2008/2009 and provides direct comparisons with last winter’s 2007/2008 research data. The goal was to determine if there had been any changes in usage between Baby Boomers (age 45 and older) and Generation Y (ages 18 to 24).  The research uncovered several interesting trends:

Generation Y people are consumer technology heavy lifters and, having been raised as the Internet generation, will be for years to come. Right? And older people are techno-phobic neophytes, minor players in this game. Right? Well, not exactly. Accenture’s research found that boomers increased their uptake of popular consumer technology applications at an average of 50 percent last year, nearly 20 times faster than Generation Y. In fact:

These findings reveal that even though Gen Y consumers are early adopters and primary users of these applications, uptake is decelerating compared with boomers even for those applications that do not have significant usage. For example:

* Use of social networking stayed relatively flat at 80 percent of Gen Y, not surprising given high penetration.
* By contrast, reading blogs and listening to podcasts also stayed flat among Gen Y, but at a much lower usage rate of 45 percent.
Faster growth among boomers is important because, on average, they have more disposable income to spend on consumer technology products and services than the younger generation. If these more financially endowed boomers continue to increase usage, it bodes well for the industry.

These findings suggest that the boomers are climbing aboard this bandwagon on many fronts. They are likely adding life-enriching experiences that they see the younger generation adopting, and striving to remain intellectually and technologically literate, versatile and job-skill competitive.

Concurrent with boomers’ growing use of consumer technology during the past year has been the slowing use by Generation Y. No doubt Gen Yers have been major users of these products and services during the past two years compared with Boomers. But a comparison of the two survey periods shows their usage has leveled off, and even declined , with some notable exceptions.

Besides social networking, Accenture’s research found that Gen Y’s use of many consumer technology applications was flat to declining.  For example:
* Participating in virtual worlds such as Second Life dropped from 23 percent to 19 percent.
* Consuming video online netted zero growth.
* Writing blogs or contributing to wikis declined slightly (from 35 to 33 percent), as did participating in communities of interest (from 48 to 47 percent), and watching videos on a mobile device (from 29 to 26 percent).

Perhaps not surprisingly, the same leveling off was seen among Gen Y’s use of many more mature consumer technology services, including Internet access, cable television (both regular, from 66 to 62 percent, and high-def, from 29 to 27 percent), and wireline voice. Two notable exceptions were a significant increase in Gen Y’s use of pay-per-view and video-on-demand (increased from 16 to 21 percent) and use of mobile data services (from 14 to 26 percent). These exceptions suggest that within this demographic these are important points of service provider differentiation.

For service providers, these results sound a cautionary note about the need to rapidly innovate on new services that leverage the network.  New types of mobile data services, as well as extending choices for anytime, anywhere video, are critical focus areas.

Accenture’s research found that the mobile handset is not the center of American consumers’ entertainment life. Clearly, based on the data, not everyone wants to use their mobile handset to watch TV or download movies. In fact, 79 percent of all survey respondents still view the mobile handset primarily as a means of communicating via voice, sending text messages and emailing, and not a source of entertainment.

The research also found that most consumers don’t use mobile handsets for multimedia connectivity services such as watching videos or streaming content. Fifty-four percent don’t need or want these capabilities; 14 percent said these additional services are still too expensive; and 9 percent said the cost of a mobile handset that can support those services is too expensive. When participants were asked to what extent availability of mobile content drives them to upgrade their mobile plan, 70 percent said "to a very little extent."

The findings did show a year-over-year increase in consumer adoption of mobile multimedia services. Watching video on a mobile device rose from 12 to 14 percent for all respondents.  The research also revealed a more dramatic uptake of Web-enabled phones, from 8 to 23 percent. One in three consumers said Web browsing is one of their top three mobile applications. And almost one in four indicated that listening to music on their mobile phone is a top-three application.

Based on these findings, it’s clear that the TV and PC aren’t seriously threatened to be replaced by mobile handsets anytime soon, as some industry observers have predicted. The handset may be the primary electronics device for many consumers, but it is limited in functionality by its small screen size, visual and audio quality, and noise limitations that, until improved, limit their potential to be the only device a consumer needs. Creating a more enriching, entertaining and stimulating experience is going to be key for the mobile handset market to realize its full potential. Finally, handsets need to be more customized to serve discrete demographic and geographic groups.

Like entertainment on the mobile handset, creating the completely "connected home" has been one of the consumer technology industry’s most inspiring and provocative goals and visions. The assumption has been that the connected home would happen because everyone would want it to. One network connecting all the intelligent devices in the home, plain and simple.

But Accenture’s research found that this goal is nowhere close to being a "must have." Survey respondents were asked about the importance they place on consumer electronics products being connected to the Internet, either directly or through a home network. Far more consumers indicated this capability was more unimportant than important for several different consumer technology products. These include game consoles (51 percent indicated unimportant versus 24 percent important), TVs (44 percent versus 29 percent), mobile handsets (42 percent versus 32 percent), and portable music players (42 percent versus 32 percent).

But year-over-year trend data shows a slow but positive increase in acceptance of networked consumer electronics devices.  For instance, consumers who consider the networking of TVs important rose from 25 to 29 percent.  Similar increases surfaced for game consoles (from 21 to 24 percent), mobile handsets (from 27 to 32 percent) and portable music players (from 26 to 32 percent).

Although the digital home remains less than a universally craved phenomenon, there is a clear consumer segment that understands and is leveraging the power of networked devices in the home. Consumer technology manufacturers have a tremendous opportunity to differentiate their devices through applications that leverage the network connectivity increasingly present in the home – and accelerate its growth.

With the tremendous growth in the handset market and the fact that they came along later than personal computers, there may have been a perception that handsets were what all age generations prefer to use most, if given their druthers. This assumption is true for Generation Y but not boomers. Fifty-one percent of Gen Y prefers mobile handsets over all other consumer technology products, 22 percentage points higher than the percentage that prefer PCs most. Conversely, 50 percent of boomers prefer their computers most, 27 percentage points higher than boomers who prefer their mobile handsets most.

What this proves is that both generations, as discrete groups, have a clear and unambiguous preference for one technology over the other. Therefore, two related and fundamental questions need to be better understood: What is it about a mobile handset that makes younger people prefer them to PCs? And what is it about a PC that makes older people like them more than mobile handsets?

This demographically diverse set of product preferences could be related to the fact that boomers have been using computers for far longer than mobile handsets, and are more comfortable using applications such as e-mail and browsing on the computer.

One move to consider, based on these findings, is to emphasize investment in the next generation of mobile devices, as Gen Y preferences for mobile solutions can be expected to become more of the norm in terms of consumer preference and usage.

The rapidly growing network PC segment, featuring smaller, lower cost, and lower weight products such as net books, could be the answer for boomers wanting to get a computer for basic applications they feel comfortable using. And the lower price fits the more limited economic resources of Generation Y.  A device that merges specific needs of boomers and Gen Yers would be a small, portable mobile handset/computer hybrid with wireless connectivity.

There is, of course, an over-arching complication that plays into all of this: the economic downturn. Few things are certain about this downturn except this: to achieve high performance, consumer technology companies need to invest aggressively because downturns historically have been when companies have made great strides towards becoming more competitive. These investments should include sharpening customer focus and enhancing customer service, driving operational excellence globally and acquiring key capabilities and assets.

Consumer electronics companies have to be keenly aware that much of what is happening in this market is counter-intuitive, overdue and demographically diverse. Couple that with the economic downturn and all its complexity and you’ve got quite a market challenge. But high-performance businesses figure out ways to overcome whatever obstacles the market presents with a sharp focus on improving the customer experience as a strategically crucial differentiator.

On behalf of Accenture, Survey.com, an Internet-based market research company, queried 3,000 U.S. adult consumers  The survey investigated usage of more than a dozen devices, including computers, mobile handsets, and HDTVs.  All respondents were at least 18 years of age, and 95 percent have at least a high school education.  The findings were weighted to make the age groups and genders match the most updated U.S. Census.

Kumu Puri is a Senior Executive with the Accenture Consumer Technology industry group. She can be reached at kumu.puri@accenture.com.